The Boston Classic, Old City Hall is going up for sale. The building, constructed in 1862, contains 106,508 RSF over 9 stories with a typical floor plate of 11,834 RSF.  Boston’s Old City Hall was home to its city council from 1865 to 1969. It was one of the first buildings in the French Second Empire style to be built in the United States, according to Wikipedia. 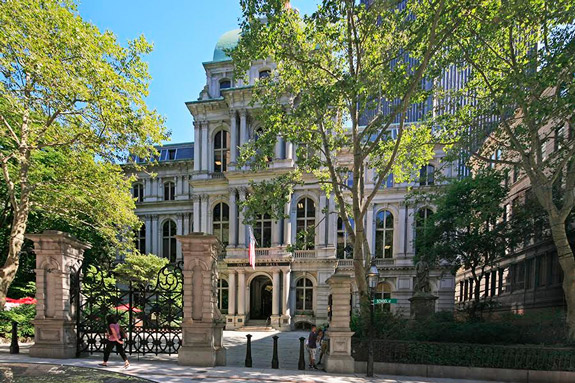 A recent article on The Real Reporter notes, “by some estimates, value of its ground lease that runs to 2069 could eclipse $30 million, or $358 per sf at that starting point. Held by the Boston Planning and Development Agency, aka Boston Redevelopment Authority, the ground lease is controlled by the non-profit Architectural Heritage Foundation. The nine-story, 83,700-sf property whose address is 45 School St. was repositioned in 1972 as a mixed-use property and today is 98 percent leased to 18 office tenants and Ruth’s Chris Steakhouse, the eatery in where popular French restaurant Maison Robert was a fixture for decades serving Boston’s elite.”

You can read the full Real Reporter article, here.