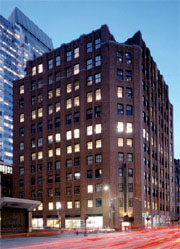 KS Partners continues to expand its portfolio inside 128 with the acquisitions of buildings in Newton and Watertown. Boston Realty Advisors’ suburban team of Adam Meixner, Jeremy Freid, Doug Adamian and Tyler Griffin is looking forward to working with KS Partners on filling the remaining vacancies. The team is expecting to see quite a few tenants being priced out of the Kendall Square submarket in Cambridge and looking for more affordable options just west in Watertown and Newton.

From The Real Reporter:

“What we see happening there is very dramatic,” says [Davis Cos. CEO] Jonathan Davis. “Watertown in general and the Arsenal Street area in particular have been an underappreciated sweet spot for a very long time that is going to only get better in the next five to 10 years . . . It really feels like this wave of activity is here to stay; this is not a temporary trend.”

Real Reporter first announced Davis Cos. had both 101 Walnut St. and two Waltham buildings under agreement in August, the latter purchase a separate pact negotiated by HFF involving 303,000 sf at 1025 and 1075 Main St. which were acquired from Gramercy Capital for $52.5 million. Davis calculates the former Baybanks headquarters now occupied by Bank of America was purchased for half its replacement cost and has badly needed space available in one of suburban Boston’s top business addresses while being close to the city center that has an expanding menu of LWP elements plus a commuter rail connecting to Boston. “We’ve got a quality property with good cash flow and 80,000 square feet to lease in a strong market, so we are very excited by this purchase,” says Davis.