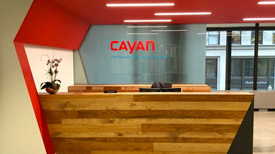 In the recruiting arena for tech jobs amenities is key. Nap rooms seem to be the latest amenity being added to the roster.

Cayan, a Boston-based payment technology company, has invested $8 million to renovate its offices at One Federal St. in Boston’s Financial District as well as the company’s office in the Northern Ireland capital of Belfast. CEO Henry Helgeson said the renovation was part of an effort to attract and retain top talent — particularly software engineers, which are in increasingly high demand in Boston’s uber-competitive tech world.

Leasing Office Space in Boston: Do you start with Google?