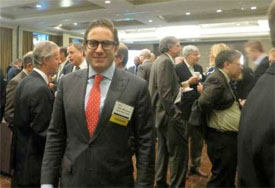 Last year, four out of five deals were by companies in industries that previously were only minor players downtown: life science, pharma and healthcare. Millennials accounted for about 75% of Boston’s population growth, Jason says. Look for office vacancy rates in Boston and Cambridge to drop by 200 bsp and rents to rise. Since 2010 in the popular East Cambridge and Seaport office markets, asking rates have jumped nearly 65%, he tells us. In the severely supply constrained luxury condo sector, the only major projects are Millennium Tower, One Dalton, 50 Liberty and Pier 4 (for which BRA’s Advisors Living is the marketing consultant).

You can read the full article on Bisnow.

Boston Skyline is Slated for Change

Boston is Contemporizing Outward, not Upward