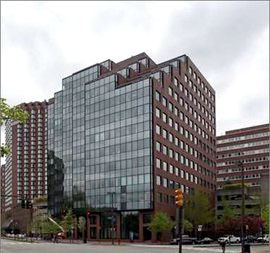 With the boost of office rents in East Cambridge, Downtown Crossing has become the new hotbed for Redline creative and tech companies with Class B rents still in the $30’s PSF.

The Boston Globe is reporting “Office rents in Kendall Square have hit an all-time high of almost $67 per square foot, breaking a record last set in 2001, according to the real estate brokerage Transwestern RBJ…Transwestern said the average asking rent on a top-tier office space in East Cambridge set a new record of $66.63 in the final quarter of 2014, edging out the previous record of $65.85 set in 2001. East Cambridge’s vacancy rate of 6.7 percent was lower than many parts of Boston’s central business district, but higher than those of the smaller office markets of South Station, North Station, and Longwood, whose vacancy rates ranged from 2 to 4.4 percent.”

Additional insight on the East Cambridge boom is available on the Boston Globe.

Tech Companies Gravitate Back to Cities

Lyft is on the hunt for new office space in Boston