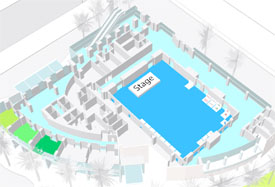 Maps are no longer just about city streets and highways, they are for indoors as well.  Look to Google and Apple to see what’s on the inside of a building near you.

Google uses a rucksack contraption to create indoor maps of large venues like the British Museum in London. Apple is also getting in on the action with its “Indoor Survey App,” which allows users to map interiors by “dropping points,” CityMetric reports. And while Google and Apple offer nice 2D maps, Harvard University and Redlands, CA-based SmarterBetterCities are taking it to the next level. They’re working together to create 3D interior maps of Harvard’s campus, using ESRI’s arcGIS platform.