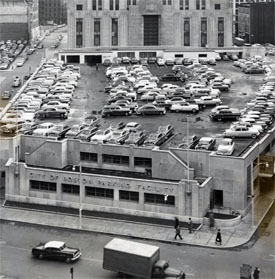 It starts with a vision for something better.  The city of Boston is a better place to live and work because of the efforts of Norman Leventhal.  Post Office Square wasn’t the jewel it is today back in the early ’80, rather an eyesore.  Thank you for all your efforts and vision that helped to make Boston what it is today.

An editorial on The Boston Globe includes the following excerpt:

Leventhal was a key player in Boston’s most recent great public-private construction project, the $15 billion Big Dig. As the project took root, he founded the Artery Business Committee, a group of downtown property owners and companies that kept watch on the project and shepherded it through times of political acrimony. He spent much of that time collecting feedback, making sure concerns were dealt with quickly.

“Norman made sure the project delivered on all its aspects,” said developer Tom O’Brien, who was the Boston Redevelopment Authority’s director during several years of Big Dig construction. “He made it a huge civic goal, and it totally changed the city.”