Boston’s City Hall Plaza is poised to change to become a destination location for locals and tourists. 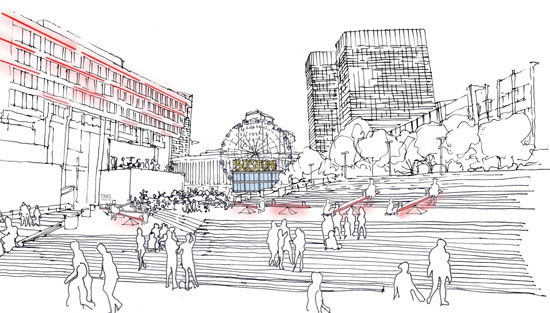 The owners of TD Garden have won a bid to remake Boston’s City Hall Plaza, proposing to transform the little-loved, windswept brick expanse at the heart of the city into a bustling year-round hub of arts, food, and leisure. Delaware North Cos. was tapped for the project Thursday by the administration of Mayor Martin J. Walsh, beating out two competitors. The company said in its bid it was willing to invest “upwards of $15 million” in improvements and attractions.

While its plans are conceptual and will require public input and further approval from the city, Delaware North made numerous suggestions for the plaza, including: