How close is your office to the nearest food truck? City of Boston Health inspectors are worried about fresh water on the trucks for hand washing. 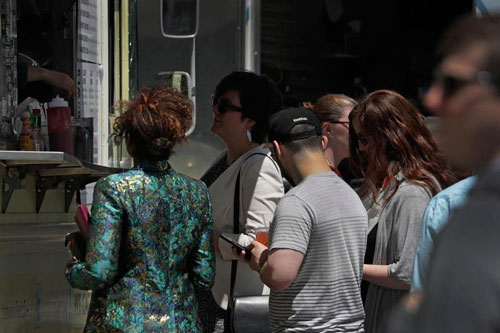 But food trucks, which are proliferating at a rapid pace around Boston, are more likely to be temporarily shut down for serious health violations than their brick-and-mortar counterparts, most commonly for violating a basic requirement for proper sanitation: running water.

A Boston Globe review of 2016 city health records found that while food trucks were less likely overall than restaurants to have violations, they were more likely to be suspended for serious issues that pose an “imminent public health threat.” Nine of the city’s 96 licensed food trucks last year were closed on the spot until the violations were corrected, usually within a week or two. By comparison, two of every 100 restaurants were suspended.