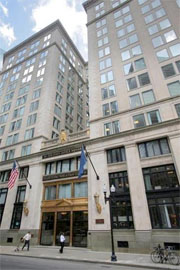 It is true, Class B office rents are on par with the low rise space in class a towers.

What they lack in modern conveniences, the Class B buildings make up in character: Many have exposed bricks and beams or ornate stairways and other finishings that have caught the eye of young technology companies and other startups looking for more authentic digs.

Vacancy rates for those buildings have been consistently below those of the more modern, taller downtown towers, something unheard of in previous decades, according to JLL, a Chicago commercial real estate firm with offices in Boston.

Rents at Class B buildings in downtown Boston have increased about 32 percent over the past three years, compared with 18 percent for space in Class A towers, according to Cushman & Wakefield.