Boston office rents will be affected, but not in the near term. According to CoStar Group, the economic downturn of 2008 started the gradual drop in rents with the bottom of the market occurring in 2010. 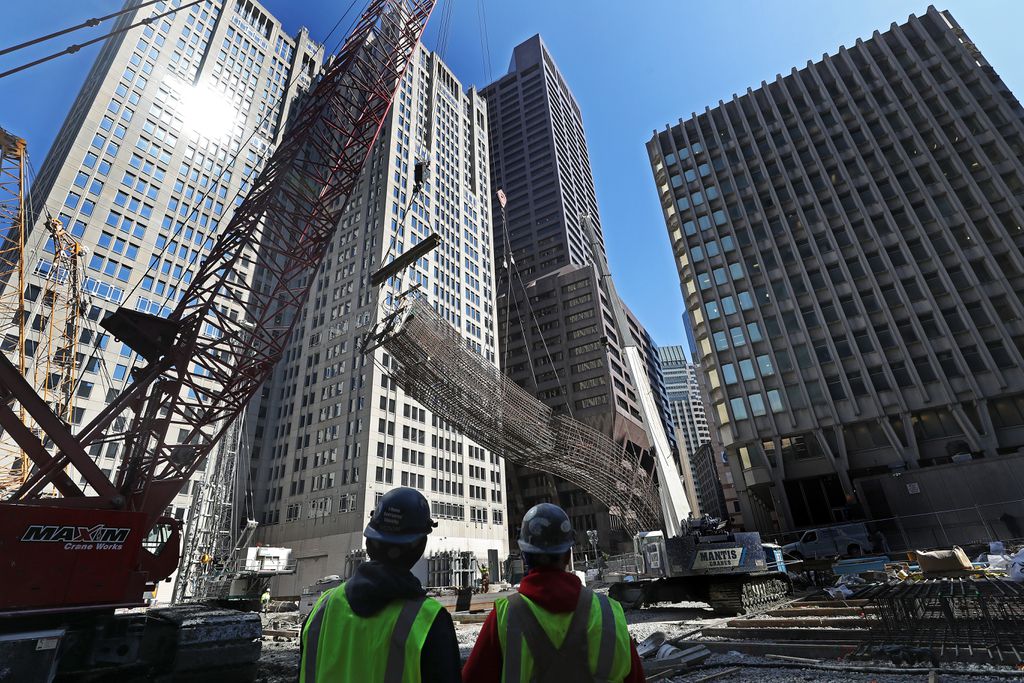 Rents for office space in downtown Boston could fall sharply this year as companies lay off employees and reassess how and where they work amid the coronavirus outbreak, according to a report out Wednesday.

Estimates from Moody’s Analytics project a 12 percent drop in office rents in the city, one of the five steepest declines in the country, as the impact of the pandemic sweeps through the economy, and particularly through dense downtown business districts like Boston’s.

It would mark the end of a long run-up in rents and demand for office space in central Boston, though the study’s author, Victor Canalog, noted a 12 percent drop would be softer than the crashes of the early 1990s and 2001, and about what the region endured amid the broad economic collapse in 2008 and 2009.

In that context — and given the cratering economy and job market — things could look a lot worse, he said.

“This is the world we live in right now,” said Canalog, who is head of commercial real estate economics at Moody’s. “If we say ‘It’s going to be about as bad as 2008 and 2009,’ that’s actually a good thing.”

But Canalog’s report points to some troubling longer-term trends for cities such as Boston, which thrive on their busy business districts. If employers embrace work-from-home technology, they may ultimately decide they need less office space in general. If, at the same time, they decide they need to spread out workers who do come into the office, it may make sense to relocate to suburban office parks where rents are typically far lower.

“If it’s true that we’re going to reduce footprint, then there are going to be winners and losers,” Canalog said. “A company might not move from Boston to North Dakota. There are good reasons they want to be near Boston. But they might move out of downtown Boston to someplace 20 miles away, where they can get many of the same things.”

But those are longer-term decisions. At the moment, seven weeks into a public health emergency that has shut down big swaths of the region’s economy, the impact on Boston’s office market has been muted.

Few new leases have been signed, in part due to the complications of touring and inspecting space, and also because of the broader economic uncertainty. Several large deals in downtown office towers reportedly nearing completion have been put on hold, or scuttled, while companies reassess the market.

But no companies have publicly backed away from signed deals to move in the next couple of years. Some tenants, particularly in tech and life sciences, continue to look for space. And developers with large towers under construction say they still plan to deliver the buildings, fully leased, if perhaps a bit delayed by construction shutdowns.

So far, building owners have been reluctant to lower rents to lure tenants, said Mark Hickey, director of market analytics in the Boston office of Costar, a real estate data firm. Instead they’re offering more concessions or longer-term leases.

But it appears they could face competition from a growing inventory of sublease space, particularly from tech companies that in recent years gobbled up large blocks of office space for future growth, which they may no longer need and may put out for lease at a discount. The real estate firm Colliers estimates there was 1.6 million square feet of sublease space on the market at the end of April, more than Boston had during the real estate crash of 2009.

Even aside from questions of supply and demand, this experience is likely to change how companies view and use office space, said Aaron Jodka, managing director of research at the Boston office of the real estate firm Colliers. The question is how.

“Do tenants need more space because of distancing requirements? Or less space, because more people are working from home?” he said. “I don’t know. It’s too soon to tell.”