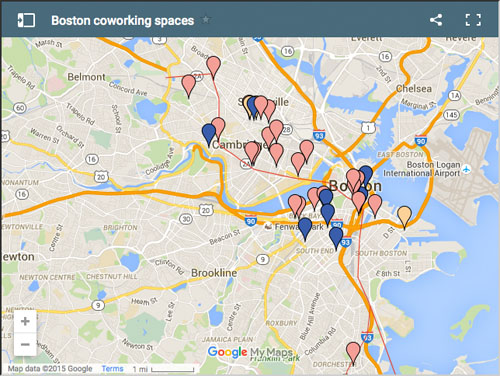 Andy Palmer, a Boston serial entrepreneur and angel investor, ‘thinks Boston would be best served by a series of spaces spread among different neighborhoods along the subway system’s Red Line, which touches the city’s busiest startup hubs, including Kendall Square in Cambridge and the Seaport District and Downtown Crossing in Boston. And if you look at the map, that strategy seems to be playing out…Boston’s neighborhoods “all need good, solid coworking spaces because they all have startups and founders that want to do startups in these areas,” Palmer says. “It’s healthy to have these short-term lease options in every one of these areas.”’