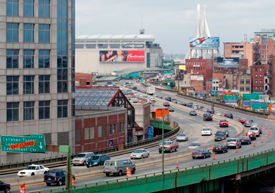 Traffic in major cities like Boston is nothing new.  Traffic for me had necessitated leaving my house in Metro West by 5:45 AM to ensure my inbound commute doesn’t take more than 25 – 35 minutes.

According to a report on wburg.org, “Greater Boston is the sixth-most-gridlock-plagued urban area in the country, and it’s costing you a lot of time and money…The average driver in the region spends 64 hours a year — a workweek-and-a-half — stuck in traffic. That’s twice what it was in Boston just 30 years ago, adding about $1,400 a year to the average commuter’s costs.”

The full article is available on WBUR.org.

What Does the Commute Cost Boston Drivers?

Boston Traffic Got Much Worse in 2013