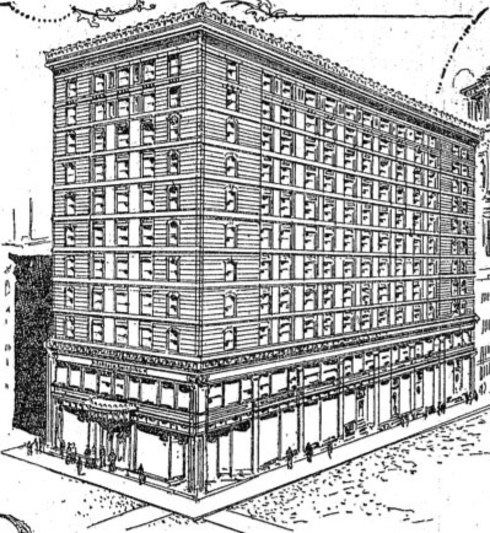 This 11-story office building, across the street from the Granary Burial Ground, once housed the club’s headquarters, including the offices of Braves owner and club president James E. Gaffney. It was from this location that Gaffney negotiated the purchase of the Allston Golf Club and subsequently informed Braves fans of his plans to transform that acreage into the new “Home of the Braves.” The facility housing the Braves administrative operations was named after Major Adino Paddock, whose Revolutionary War-era home originally stood on the corner of Bromfield and Tremont Streets. Paddock, a relative of one of the early settlers in Plymouth, was Boston’s first coach-maker and a man of substance. He was a respected pre-war captain of the city’s artillery and trained such future Revolutionary War notables as Brigadier General John Crane of Tea Party fame and General Henry Knox, the Secretary of War in Washington’s first cabinet. However, Paddock was outspoken and was forced to flee Boston when George Washington evacuated the city of British troops on March 17, 1776. His home was confiscated after he returned to England. Paddock’s earlier contributions to the development of Boston, however, were not forgotten and the developers of the office building chose to name the structure in his honor.